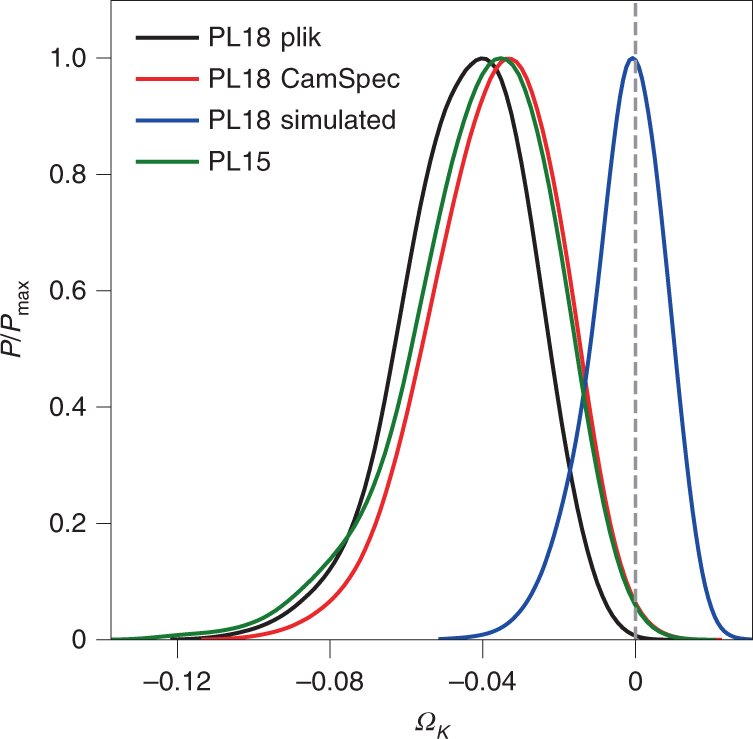 A trio of researchers with the University of Manchester, Università di Roma 'La Sapienza' and Sorbonne Universities has sparked a major debate among cosmologists by claiming that data from the Planck space observatory suggests the universe is a sphere—not flat, as current conventional theory suggests. In their paper published in the journal Nature Astronomy, Eleonora Di Valentino, Alessandro Melchiorri and Joseph Silk outline their arguments and suggest their findings indicate that there exists a cosmological crisis that must be addressed.

Conventional theory, which backs inflation theory, suggests that after the Big Bang, the universe expanded in a way that was flat—two lights shone in parallel would travel forever in parallel. But now, after studying data sent back to Earth from the Planck space observatory (which mapped cosmic microwave background radiation over the years 2009 to 2013) Di Valentino, Melchiorri and Silk have come to disagree with conventional thinking. They claim that there is evidence that the universe is closed—that it is shaped like a sphere. If you shine two lights into the dark of space, they suggest, at some point, the light would come back around to you from behind.

The researchers came to this conclusion after looking at data from the Planck space observatory that showed a discrepancy between the concentration of dark matter and dark energy and outward expansion; there was more gravitational lensing than theory has predicted. Such an imbalance, they claim, would have the universe collapsing in on itself, resulting in a sphere shape. Others who have looked at the same data prior to this new effort have called the data from the observatory a statistical fluke. The research trio note that there are other problems with the flat theory as well, such as scientists' inability to accurately measure the Hubble constant; each team that tries finds a different answer. There have also been problems with reconciling surveys of dark energy with a flat model. They conclude by acknowledging that with current technology there is no way to settle the debate—new devices will need to be invented that will be able to measure microwave background radiation in ways not subject to debate.

Farabian.com space contains the key secrets of career success, after having been put to a practical test by people in almost every walk of life . This site provides you all the elements to master your faith and get your dream job , dreams are the seedlings of reality.